Design technology has revolutionised the construction world in recent years. From Google to Boeing and beyond, many of the world’s most technologically advanced companies now use robots to build intricate and detailed models to precision. Jet engines, medical equipment, home appliance parts, LED lenses and electronics are just a few of the products made more efficient to build thanks to these new technologies.

Fabricating an object with full flexibility and control from 6 rotational axis not only enables limitless customisation, it also allows designs of greater intricacy. For example, pieces that used to be molded separately and then assembled can now be produced as one piece in a single run. Because of this, the costs of some types of manufacturing can be reduced by a whopping 75%.

The latest advancement in décor production is the 6-axis CNC (Computer Numerical Control) robot. Compared to the early 3-axis CNC machines, which operate on a single (horizontal) plane along the X, Y & Z axes, 6-axis CNC robots add additional rotation around these planes. 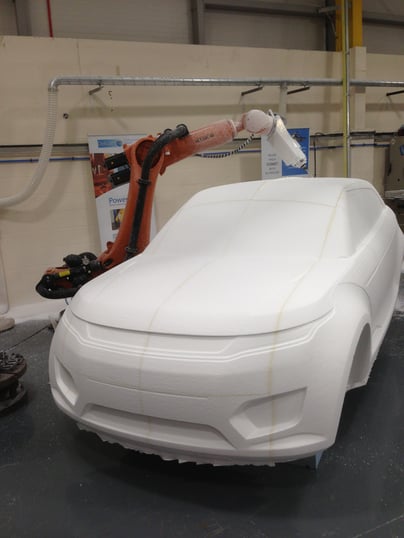 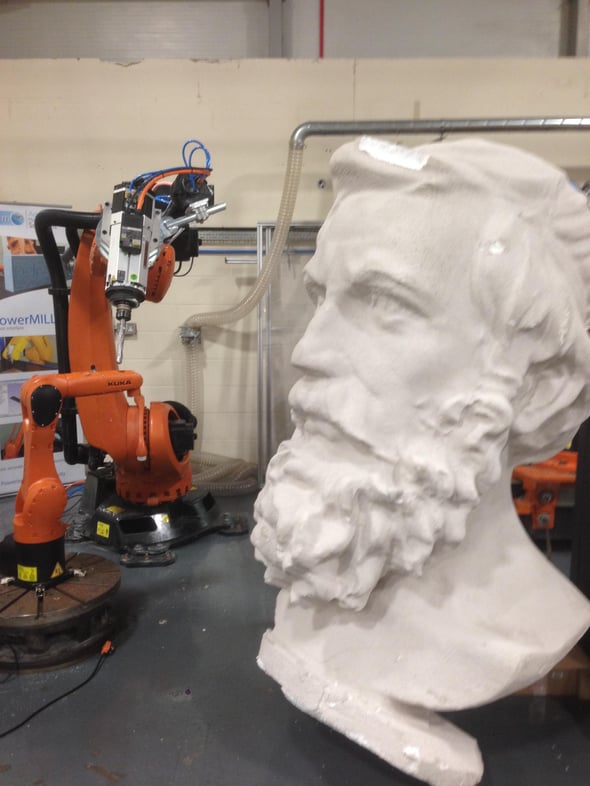 The extra axes provide the robot with the ability to keep its arm perpendicular to the material surface on multiple planes. This means you can build models with overhangs that would be impossible to construct with a 3-axis machine (without a pause in construction to reorient the material). The greatest benefit of this is faster printing times, even when compared to closely-related but older 5-axis CNC machines (which don’t rotate about the Z-axis). With an additional axis of freedom, certain tool movements and transitions can be executed with greater speed and efficiency. In fact, a 6-axis robot can decrease printing times by as much as 75% when compared to its 5-axis counterpart. 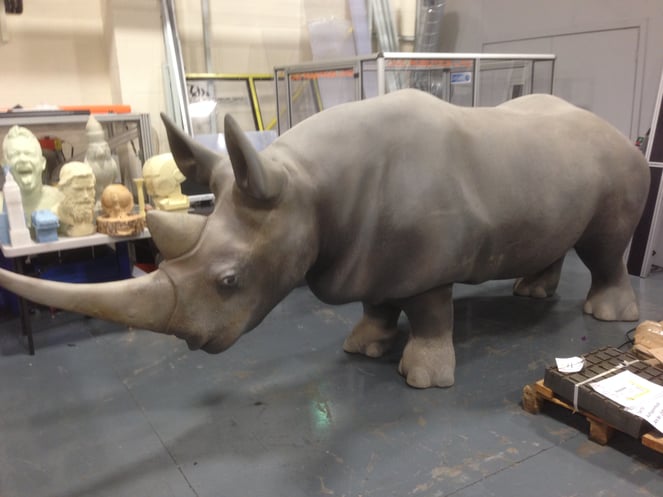 With all of this information in mind, this new addition to the Visual Architects team: a state-of-the-art 6-axis CNC robot is about to change the way we turn your ideas into reality. This cutting-edge technology can create 3D art installations, prototypes, models, decor features and more with ultimate precision; not to mention that it gives you the freedom to design new concepts and see them built to their exact specifications.

The possibilities of construction are endless, especially in industries such as events, hospitality and entertainment, where even the most outlandish creative ideas can be brought to life. Examples of props and structures that can be built using the 6-axis robot include fountains, sculptures, signs, lighting installations - to name just a few. If it can be imagined, it can be created!

The Rise of Immersive Dining

Immersive dining experiences are helping companies take the next step in their branding and event...

Stage, it’s all by Design.

How to Co-Ordinate Your Interior Colour Scheme